Park's human sexuality educator Debbie Roffman was recently interviewed by The Atlantic magazine for its “On Teaching” series featuring veteran educators. Joining Park's faculty in 1975, Roffman has taught human sexuality education at Park for 45 years and leads the curriculum for each division.

Roffman was Named one of Time Magazine’s “Top Sixteen Parenting Experts for the 21st Century. Her most recent book, Talk to Me First: Everything You Need to Know to Become Your Kids’ “Go-To” Person About Sex, was published in 2013 by Perseus Books. In addition to her constant writing and teaching, she’s worked with parents, teachers, counselors, administrators, students, alumni, and trustees at more than 400 schools and organizations across the country, and she publishes widely throughout the national media. She’s referred to by her colleagues as the most articulate professional voice in the U.S. on the need for broad-based human sexuality education.

In the article, Sarah Carr writes:

The through line of her approach, at any age, is letting students’ queries guide her instruction. So she asks her students to submit anonymous questions at the start of the semester, and makes sure that she answers them as the course progresses.

Regardless of whether they grew up in the ’80s or the aughts, kids of certain ages always ask versions of the same questions, Roffman has found.

We are grateful to have Debbie Roffman on our faculty. Read the full article here. 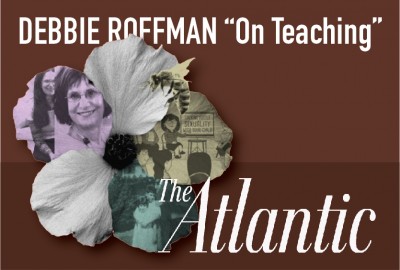