“The solution is not to meet destruction with destruction, or to douse the flames of people’s pain with empty words. Instead, what we learn from Minneapolis is that when people create solidarity from the ground up, they can hold one another and public institutions accountable to a higher standard that reflects all of their shared interests.”

Dr. Han is the inaugural director of the SNF Agora Institute. She specializes in the study of civic and political participation, collective action, and organizing. She focuses particularly on the role that civic associations play in mobilizing participation in politics and building power for social and political change. 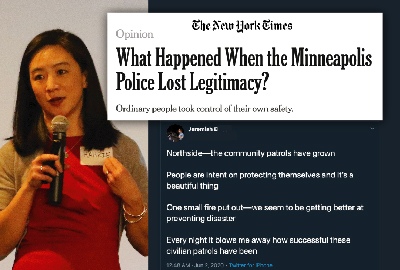