NEW HAVEN, Conn. – Yale University announced that four of its women’s lacrosse players, including Senior Captain Adrienne Tarver (Park Class of 2010) were honored by the Ivy League on Wednesday as the league announced its year-end awards.

Tarver, elected Yale’s captain by her teammates, was frequently called upon to defend the opposing team’s top scoring threat. She is tied for second in the Ivy League with 41 ground balls (three shy of the school record, set in 2005). She is tied for fifth in the league with 20 caused turnovers, and her five CTs in the 17-6 win vs. Cal tied Yale’s single-game record. Adrienne was sixth in the league with 15 ground balls in league games, including four against Harvard.

Led by Tarver, Yale is currently ranked 16th in the country in scoring defense (8.20 goals per game). She helped hold four of Yale’s Ivy League opponents to eight or fewer goals. 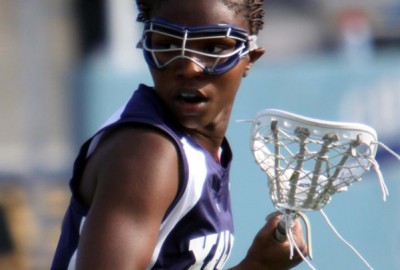