On view in the Richman Gallery, Davison Lobby, and Library Gallery through May 28, 2021

On view in the Richman Gallery, Davison Lobby, and Library Gallery through April 12, 2021

On view in the Davison Lobby through February 26, 2021

Amos Kennedy Jr. is a Detroit-based letterpress printer who creates prints, posters and postcards from handset wood and metal type, oil-based inks, and eco-friendly and affordable chipboard. He speaks directly to his viewers with a variety of proverbs and statements on art, politics, race relations, and social justice.

Amos is Park School’s 2021 Diana Lee Fox Resident Artist. Amos is scheduled to join us for a virtual residency on March 3, 2021 where he will meet with students from all three divisions. In this unique year we are sharing reproductions of Amos Kennedy’s posters outside along the wooded story walk, so that everyone in the community might see his work. The wooded walk can be entered at the bridge near Kelly Field, at the far side of the main parking lot. There are 20 display panels to view along the path. The original posters are installed in the Davison Lobby, through February 26, 2021.

Image above: Posters by Amos Kennedy

Extended and on view in the Gallery Spaces through November, 2020

CLICK TO view a slide show of selections from the exhibit. 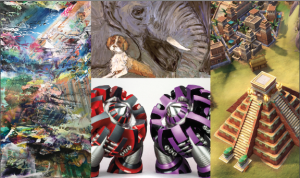 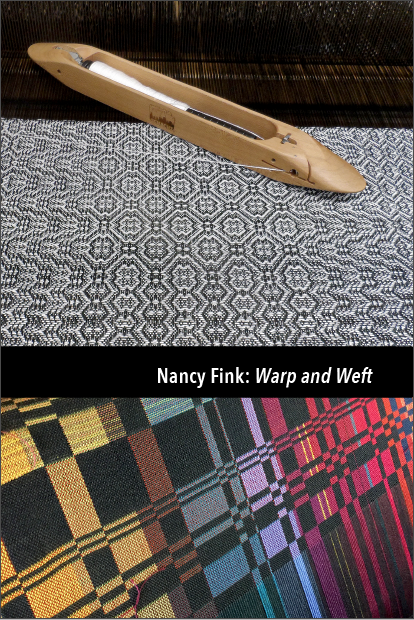 Warp and Weft features the weaving works of Upper School faculty member Nancy Fink. With this brief retrospective we celebrate Nancy’s retirement, and honor her 35 years as a teacher at Park School.

All School Show: Stuck Together

The exhibition asks the viewer to consider how our furnishings reflect who we are as individuals, and as members of a family or community. How does design play a role in our daily living, and how does human interaction with our spaces and our furnishings impact how we view the larger world? What do the objects we live with say about us?

On Wednesday, November 8, the upper school hosted this year's Diana Lee Fox '75 Artist in Residence. FORCE: Upsetting Rape Culture is an art activist collective based in Baltimore, MD.
Co-founder Hannah Brancato and studio manager, Shanti Flagg spent the day with upper school students where they presented their work at the US assembly, workshopped with students to develop statements of support, and led 25 students in creating their own quilt squares to be included in the Monument Quilt, a public activist art project created by FORCE.

The completed quilt squares along with the statements of support are now on view in the Richman Gallery through December 8.

This work contains mature content that deals with sexual assault and contains graphic language. Please be advised that the work is appropriate for mature middle school students
and older.

After Effects includes the work of artists Amanda Burnham, Wendel Patrick, and Tom Rice and features the work of Park School students.

This exhibition considers the impact of our decisions on those around us. Whether making personal choices or regarding decisions made by our leaders, these works explore the implications of our decisions and their impact on the society at large.

Images left to right: Portrait of Bernie Sanders by Amanda Burnham, Image from the Baltimore Uprising by Wendel Patrick, Rivers and Lakes by Tom Rice. 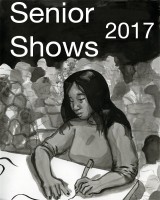 Park School's winter exhibition, Connecting Community: A Collaboration with Make Studio, presents the artists of Make Studio, a Baltimore-based community organization that offers arts programming and studio space to individuals with disabilities. Make Studio works to create more inclusive communities for all and is celebrating its seventh anniversary in 2017 the spirit of community-based the winter exhibition includes an installation of work by Park's Gallery Committee members and the Middle School painting class created in collaboration with the artists of Make Studio. The exhibition also features artwork created by Park's fourth-grade class and inspired by community artist Walter Kresnik.

when she will present an interactive glass-blowing performance titled: Bottled Emotions. Students will be invited to participate and the resulting glass objects and documentation of the performance will be on display in the Richman Gallery. Charlotte will also exhibit her new work honoring the life of Freddie Gray, from her series Lenticular America.

In the Library Gallery, the exhibit Doodles: Mere Wanderings? features the work of Park School students. Dave Tracey, Park's MS and US Counselor, has collected the doodles of his students over the past 10 years. The exhibition hopes to enlighten the viewer, suggesting that doodles are much more than a mindless distraction.

The winter exhibition, Vantage Point, includes work created in response to situations artists encounter in the world around them. It features work created by Park School Students, as well as the 2016 Diana Lee Fox Upper School Resident Artist, Hasan Elahi, installation artist Olivia Robinson, and photographer Matt Moore. The art explores the consequences of our actions and the impact humans have on their environment. It examines the social repercussions of political  and considers who has control over our personal narrative in a digital age. 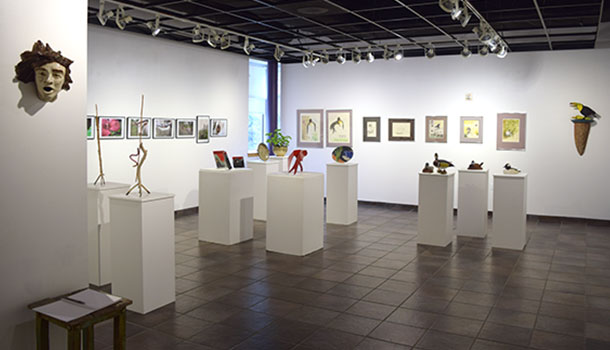 Garry Cerrone:
Art with a Grin, A Retrospective

Garry Cerrone dedicated 41 years to teaching at The Park School. This retrospective exhibition spans Garry’s storied career. Garry’s work holds craft in high esteem while allowing his sense of humor to shine through. We honor Garry and his dedication to Park with this exhibit. 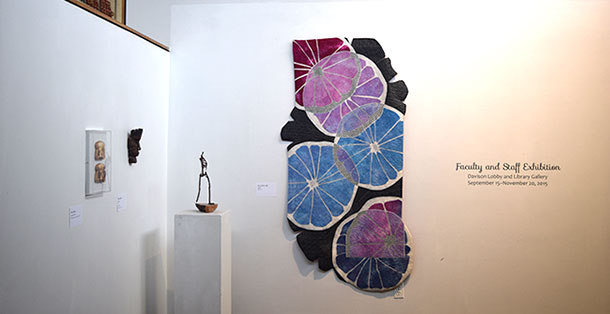 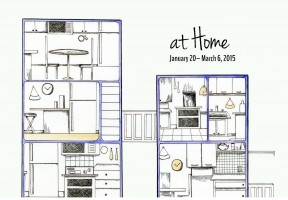 In the Flesh: Physical Anatomy
and the Human Form 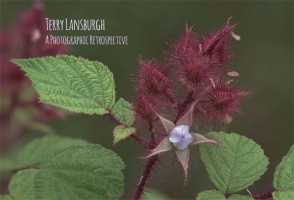 Terry Lansburgh, our much-loved photography digital imaging teacher, recently retired from the Park faculty after fourteen years. Terry is a Park alumnus (’66), served on the board, and was a Park parent. With gratitude for his dedication to Park, we honor Terry with a retrospective of his photographic work.

In Each Other’s Shoes

Exploring the shared Jewish and African-American experiences of pain and pride in their lived experiences. Fourth graders made sculptures of Civil Rights leaders out of their old shoes and 7th graders built monuments to honor people and issues that matter.

Creative Paths: A look at some of Park School’s innovative alumni

Taking a Closer Look: a small take on larger than life ideas

Figurative to Fundamental: Park’s Collection of pre–Columbian Ceramics with a Select Group of Contemporary Ceramicists

Orders of magnitude: large photo prints from the Hubble telescope

Habitat: A Dozen in a Decade

The Earth is Flat and other Truths

Don’t Tread on Me: Art with a Political Agenda 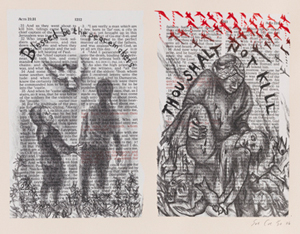 Cornel Rubino and EVERY grade of Park Students 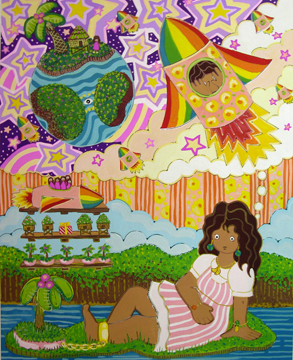 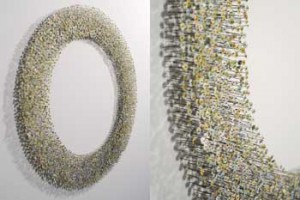 Racing with a Past