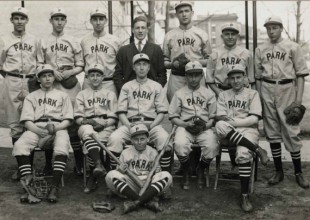 A real winner thinks like one whether on the field or in the classroom.

A DRY GYM AND TWO FIELDS

The move from Liberty Heights Avenue to Old Court Road marked the beginning of another era in the history of Park athletics. The larger staff, which within two years included Richard "Coach” Wallace, Joel Bernstein ’53, Joe Seivold, Dave Rosen, and Midge Kaufman Thursby ’47, had more athletes to coach and better facilities in which to work. The Jacob and Hilda Blaustein Gymnasium had a wood floor, retractable bleachers, climbing ropes, an electric door which could divide the vast room in half, spacious locker rooms, offices for the athletic directors, and heat. Mr. Tom installed an Army surplus trailer just above the gully that separated the boys’ and girls’ fields. It housed a telephone, first-aid kits, pinnies, balls, goalie pads, and hockey and lacrosse sticks. There were two tennis courts, but the Boys’ Varsity Field wasn’t ready that first fall, so they played soccer at the L’Hirondelle Club on Bellona Avenue. 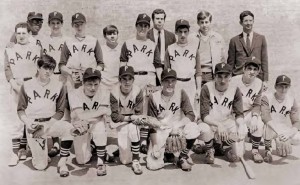 A growing student population made it possible to start a boys’ cross country team (coached by Head of School Robert Thomason, a former track star at the University of Michigan, and math teacher Randy Cockey), wrestling (also Cockey), and baseball (led by English teacher Kenny Greif). For several years, skiing on the artificial snow at Oregon Ridge in Baltimore County was an option. Coach Bernstein (soccer, basketball, and lacrosse) and a few upperclassmen formed a boosters’ group called The Monogram Club and adopted the Bruin as its mascot. Soon a student costumed as a bear began appearing at games. Girls’ Varsity competitions were followed by teas in the cafeteria, where opponents were welcomed with dietician/nurse Kitty Dowdy’s tuna and egg salad sandwiches (no crusts) and lemonade. When Mr. Tom retired in 1964, the field next to the kindergarten building was named Tompkins Field in his honor.

In 1967, the men’s basketball team made it to the final game of the Private School Championships before falling to Gilman at the Baltimore Civic Center. Two years later, after Coach Rosen was sidelined for the season by illness, his assistant, Upper School history teacher L. Brooks Lakin, took the Boys’ Varsity squad to a 19-0 season and league championship. Even post-Park, these athletes refer to themselves as the “Still-Undefeated 1969 Team.”

You have to have positive expectations, or else the athletes won’t expect it from themselves. The mental approach is at least 85-90%. I tell the kids that. It can carry you beyond your skill level.

TRAINING THE NEXT GENERATION

In 1969, the second generation of Mallonees began coaching. Mr. Mal’s son Lucky ’62, an All-American athlete at Johns Hopkins, became Joe Seivold’s assistant. Lucky took over as the Boys’ Varsity Soccer coach in 1974 and the lacrosse coach in 1976. In 1976 and 1977, the younger Mr. Mal took his soccer squads to MSA B Conference championships.

At the same time, Midge Kaufman Thursby ’47, a standout athlete at Park and local golf champion, had taken over from Mott and was teaching K-12 physical education classes. With her assistants Dottie Hayden and Rachel Nielson, she also coached three Varsity women’s sports. Midge steered the girls through radical changes in basketball rules, truncation of the field hockey stick, and modernization of uniforms from brown wool tunics, originally made by Park family-owned clothing manufacturer J. Schoeneman, to polyester kilts. Sporting those kilts, her undefeated 1971 Varsity Lacrosse team captured the conference championship.

The opening of the Middle School in 1973 created opportunities for interscholastic games for younger children and compounded scheduling complications for the gym. In 1974, the new Blaustein Gym ii provided the girls with their own performance court and additional space for physical education classes for Lower Schoolers. That same year, Midge retired and Barb Purkey was named director of women’s athletics – only the third director in 60 years. 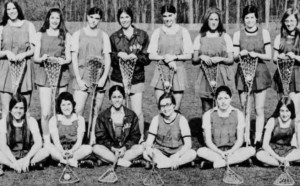 Not every new sport survived (wrestling ended in 1972, a victim of lack of interest and lack of coach), but others began. Girls’ winter soccer and co-ed Frisbee teams were organized in the early ’80s, and baseball (reborn), co-ed golf, and women’s soccer and softball started in the ’90s. Again, these expansions were possible because enrollment had increased. Kelly Field, built in 1984 with funding from the Ensign C. Markland Kelly, Jr. Memorial Foundation on the meadow where the 1960s golf team took practice swings, became home to the Varsity Boys’ Soccer and Girls’ Lacrosse teams. The cross country team created a course through the woods on the far side of Moores Branch. But the growing popularity of the athletic programs and the complexities of coordinating boys’ and girls’ Upper and Middle School practices, gym classes, and games sorely taxed the Blaustein gyms and the coaches. The unavoidable reality: Park desperately needed another gym – or two or three.

Ridge Diven joined Park in 1998 as Athletic Director. His ancillary assignment was full-time consultant, advisor, and senior researcher for the design and building of a new athletic center. Construction began in 2000 on a 42,000-square-foot facility on the Pond Field. The school’s second swimming pool, built on the former site of the non-regulation tennis courts, was demolished, the hill was leveled, and that soil was used to raise the field two feet above the flood plain.

The new Athletic Center had three full basketball courts and Varsity and Junior Varsity, home and visiting, student and faculty locker rooms. The Lyn P. Meyerhoff Fitness Center and a full-time athletic trainer gave renewed meaning to Mens Sana in Corpore Sano. The Class of 1972 donated a climbing wall in honor of its advisor, James R. Howard iii; a 25-meter pool and a wading pool were built at the west end of the site; and the Lee Rosenberg ’47 Field was carved out of the west end of the original Boys’ Varsity Field.

A chronic issue shared by many independent schools in the late 1990s was the lack of playing fields to accommodate growing numbers of teams. In 2001, Park received a remarkable gift from Gordon and Lucille Sugar and their daughter Susan Sugar Nathan ’73 – a 99-year lease on 135 acres on Hillside Road. The property, barely two miles from the main campus, allowed the school to construct its first baseball and softball diamonds, and two more fields for soccer, hockey, and lacrosse, in addition to securing undeveloped acreage for nature study. In the decade since, boys’ baseball and girls’ softball teams have won several conference titles and had outstanding players recruited to play college sports. 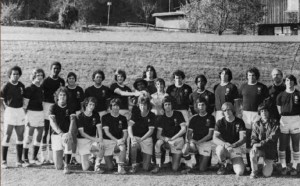 Barb Purkey and Lucky Mallonee were honored by the alumni in 1997 for their combined 50 years of coaching at Park with the establishment of financial assistance funds to benefit Upper School athletes. In 2000, The Baltimore Sun named Barb All-Baltimore City/County Field Hockey Coach of the Year. In 2007, after 33 years as Girls’ Athletic Director, she retired. During her tenure, she greatly expanded the opportunities for female athletes and sent many off to compete at the college level. As perhaps the most fitting legacy, her former student, Robin Cardin Lowe ’84, succeeded Barb as Girls’ Athletic Director.

Lucky’s 2005 Varsity Lacrosse team captured the conference championship in a heartstopping overtime match, avenging a previous loss in the finals to the same team. He was inducted into the Baltimore Chapter of the US Lacrosse Hall of Fame in 2008, joining his wife Karen ’72, her sister Susan ’72, and, of course, his father, the original Mr. Mal.